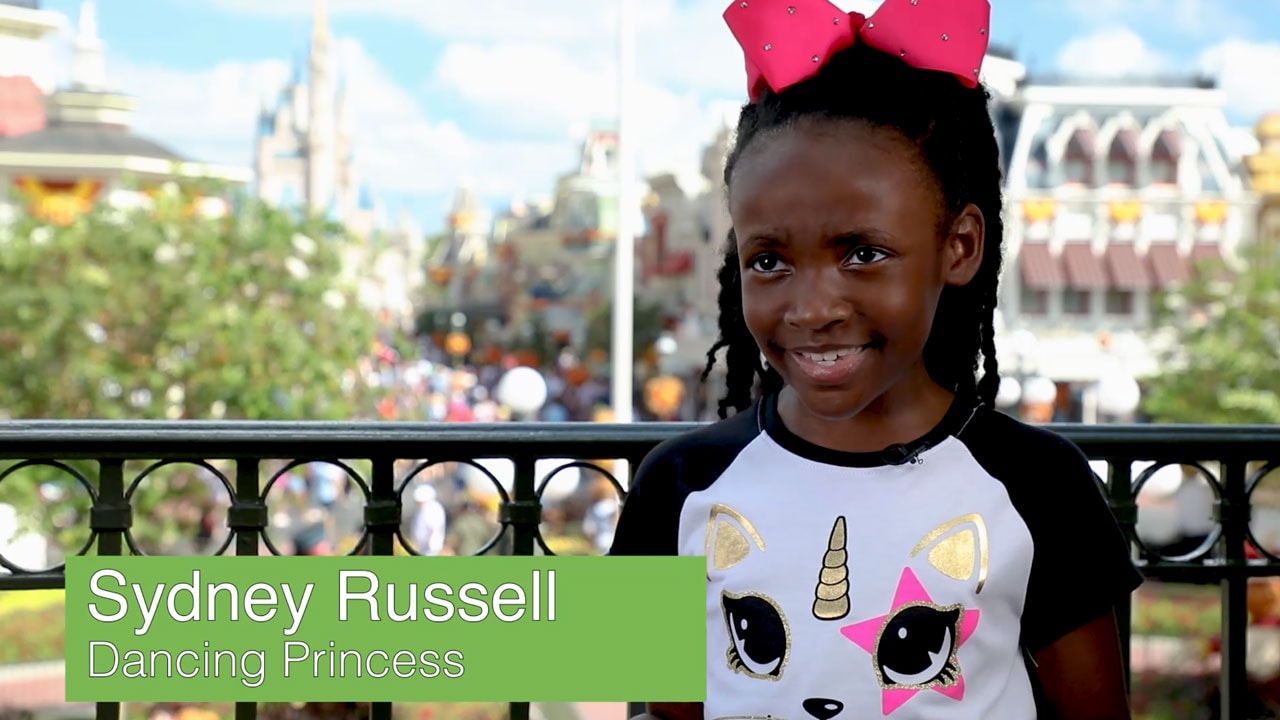 If you’ve seen our #FeelGoodFriday post, then you know 8-year-old Sydney Russell and how she wowed the crowd at Magic Kingdom Park – and then many, many more online – with an adorable, impromptu dance in her Princess Tiana costume.

After the magical moment, we invited Sydney and family back to the park where we learned more about the unforgettable performance that touched so many people.

Sydney was originally celebrating her birthday at Walt Disney World Resort and visited Bibbidi Bobbidi Boutique at Disney Springs for a surprise makeover before visiting Magic Kingdom Park.   When she started dancing to music from the park’s Main Street Philharmonic Band, a Disney cast member offered his arm and led her to the band – and the magic began!

“I made up that dance right off the top of my head,” Sydney says. “I was just in my world and I was just living my moment.  And when the moment was over, I was just like – did that just happen?”

Sydney’s mother, Tiffany McKinnon Russell, calls the Disney cast member who led Sydney to the band the real star.  She says the family is still amazed the video became so popular with more than one million online views. “We’re so glad Sydney could touch so many people and everyone can share in her joy.”

And the magic continues on Wednesday for Sydney and family as they’re scheduled to appear on the ABC-TV talk show “Strahan, Sara and Keke.”   Be sure to tune-in tomorrow at 1 p.m. EDT / 12 p.m. Central and Pacific on ABC-TV.