Look to the Sky: How Disney Helps Protect the Wildlife that Fly 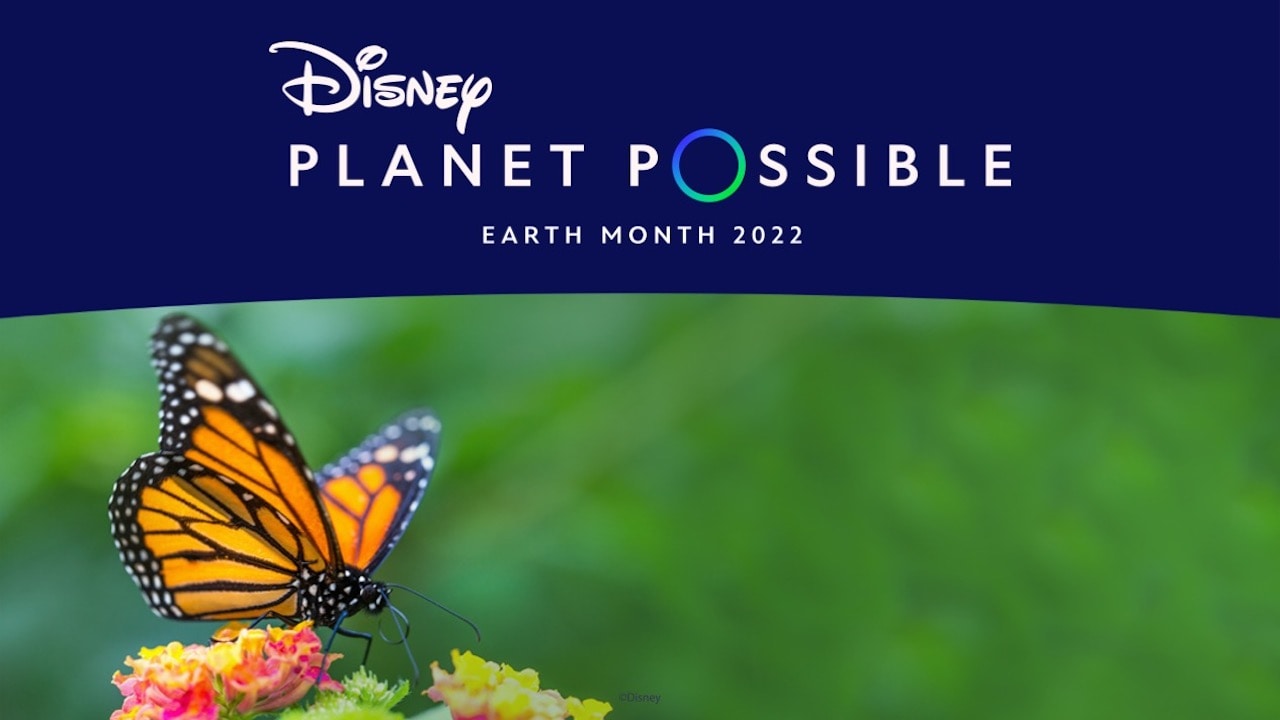 To
create a world in balance, we need to protect the diversity of habitats that
wildlife call home. Earlier this week, we shared some of the ways Disney is
leading and supporting work to protect the planet on land. Now we are shifting our point of view to the sky to see
how Disney is helping winged wildlife species like birds, bats, bees and
butterflies!

Like our guests who travel from all over the world to experience the magic of Walt Disney World Resort, beautiful songbirds called purple martins migrate from Brazil annually to raise their families in one of our more than 500 state-of-the-art nesting compartments in high rise bird houses across Walt Disney World. Each year, more than 200 breeding pairs of purple martins visit and, collectively, lay more than 1,000 eggs! As conservationists, members of our Disney Conservation Team Wildlife try to learn as much as we can about purple martins during their Disney vacations so we can ensure they continue to thrive in urban landscapes.

Pollinating insects also utilize habitats and resources around Walt Disney World. Two solar facilities here are powering the magic by providing enough energy to supply two of our four parks, while also serving as critical habitats for more than 40 species of native pollinators, like the striped sweat bee and the monarch butterfly. Much of the land around the solar arrays have been converted to pollinator habitats, and Team Wildlife is studying the insect communities there to learn how we make this green energy source even more beneficial. You can help pollinators where you live, too, by converting your outdoor space- whether that be a backyard, patio, community space or windowsill- into a pollinator’s paradise by planting native wildflowers!

Shanghai Disney Resort is celebrating the magic of nature through the discovery of the 116th new bird species at its eco-friendly Wishing Star Park. Prior to the creation of the park, there was little ground for wildlife to establish a comfortable habitat. The habitat at Wishing Star Park, which features a 100-acre lake, was designed in order for guests to get closer to nature in an educational way, while also ensuring that they do not disturb wildlife.

Bird species including the spotted
dove, light-vented bulbul, and common moorhen have been spotted at Wishing Star
Park.

Thanks to a monthly bird-monitoring program launched by Shanghai Disney Resort’s Citizenship and Community Relations, Disney’s Animal’s Science and Environment, Disney Conservation Team Wildlife, and bird experts from the Shanghai Wildlife Conservation Association, the initial bird species count has more than doubled since the opening of Wishing Star Park. Birds like the common coot, the Chinese spot-billed duck, the light-vented bulbul, the Eurasian tree sparrow, the common moorhen and the little grebe now thrive on lands that were surprisingly once uninhabitable! Many rare species of bird can be spotted, including the peregrine falcon, the Japanese buzzard and the western osprey. In the past few years, we’ve even recorded breeding at the park, as well as migrating birds that use the park as a stopover site to rest during their migration journeys between wintering and breeding areas. We hope that Wishing Star Park can continue to lead the way as an urban wetland park and a strong contributor to the building of biodiverse habitats.

Through the Disney Conservation Fund (DCF), we support organizations and individuals around the world who are providing habitat for and protecting avian wildlife in their communities. With support from the DCF, the International Crane Foundation has helped increase protection for 19,000 square miles of crane habitats in East Asia, reach more than 80 million people with crane conservation messaging and continues to help increase populations of critically endangered Siberian cranes. Other DCF grantees are rehabilitating and releasing threatened bird species, restoring habitats and ensuring birds have breeding and nesting spaces they need, and empowering communities to adopt bird-friendly practices. Beyond birds, DCF supports organizations helping other winged wildlife, too – like the Natural History Museum of Los Angeles County, whose team is researching local bat species and engaging Angeleno youth as community scientists and conservationists for wildlife in their own backyards.

The fund also recently recognized Disney Conservation Heroes for their incredible commitment to protecting birds and their habitats, including Pedro Viteri (Asociación
Rescate y Conservación de Vida Silvestre), who planted and cared for thousands of native trees on
his property in Guatemala to serve as homes for yellow-naped parrots and other
wildlife; Mauritis Kafiar (Fauna & Flora International), who helped gain
support from 22 Indonesian villages to protect forests and prohibit bird
poaching and inspire bird hunters to become bird protectors; and Fernando Ayerbe (Wildlife Conservation
Society) who spent
six years developing 3,035 illustrations for his Avifauna Colombiana
(2018) bird guide, which includes all the known species of birds in Colombia.

These programs and people are where we find our many reasons for hope. Do you know someone who inspires you? Picture what’s possible with us and share your stories on social media with the hashtag #DisneyPlanetPossible to celebrate people around the world protecting the magic of nature together.

Stay tuned and
dive into the big ‘ole blue with us later this week to learn about our work
protecting wildlife found in the sea.