First Look at Interior Track Installation, Launch Tunnel, and More for the Guardians of the Galaxy Roller Coaster

After bringing you a first look at the start of the interior construction for the upcoming Guardians of the Galaxy roller coaster, we decided to head back out to Epcot at night to see if we could get a better view. While the demands of photography at night were a bit tougher than during the day, some of the work lights better illuminated some elements that we missed during the day. Let’s take a look!

First, there are track pieces inside of the former Universe of Energy pavilion! When we arrived, we heard quite a bit of machinery movement and saw that they were moving track into place. The roller coaster track pieces seen in the photos below appear to be either for the load/unload station, or maybe even the maintenance bay. The presence of the wheels seen in the photos below indicate that this piece is for a part of the track that needs to power the ride vehicle in some way.

We can see another piece of track nearby that looks like it’s ready to be moved into place as well. 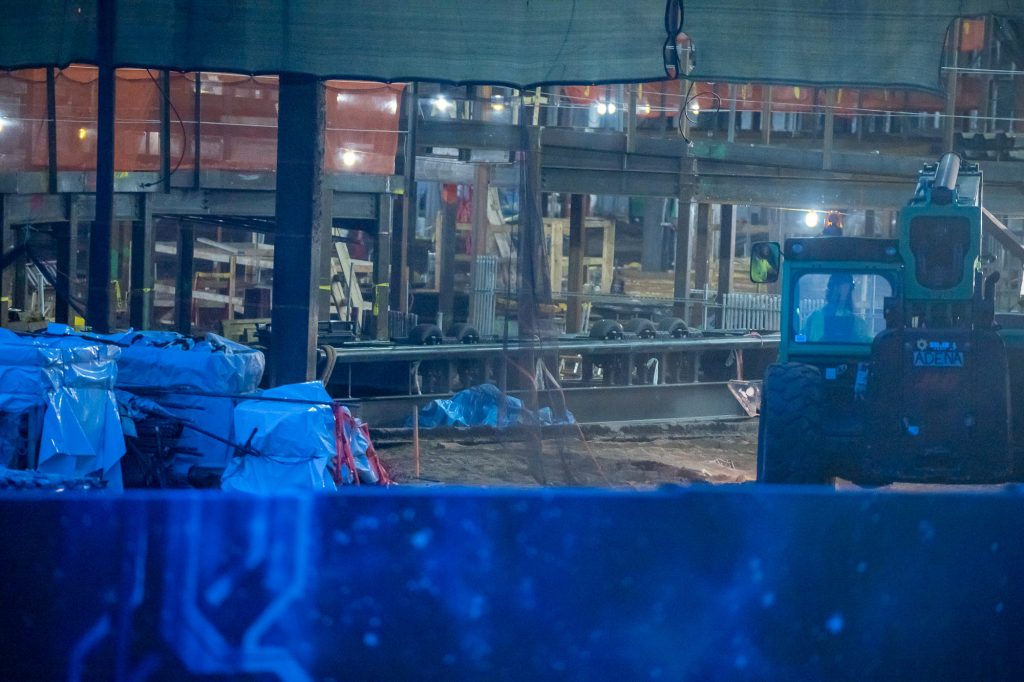 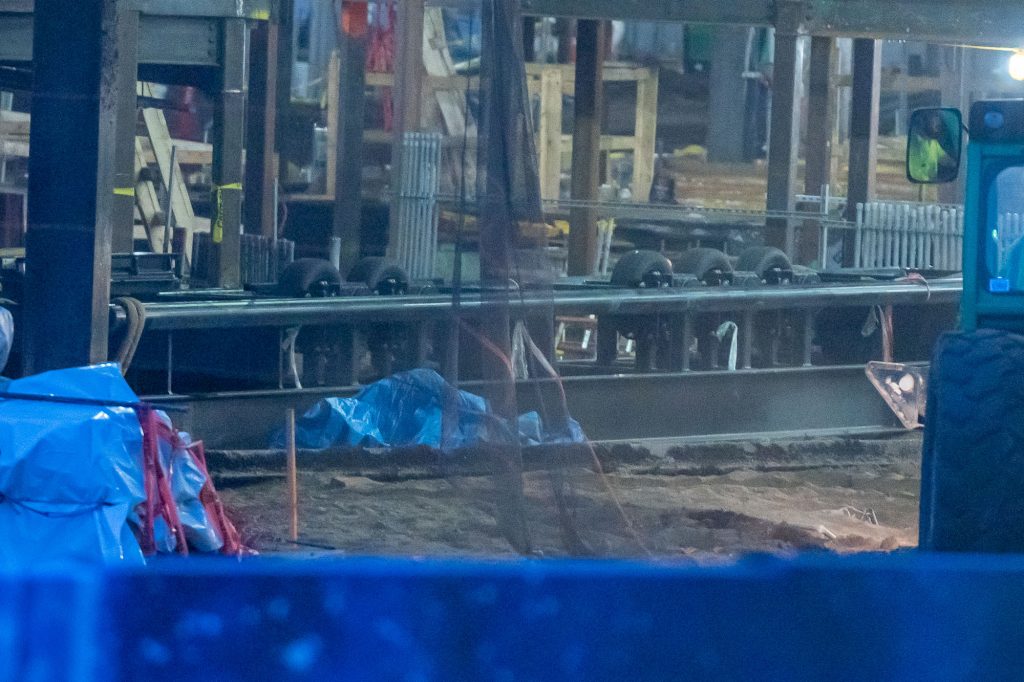 We also spotted a third piece of track staged for install! While it was fun to see that construction had started inside the former Universe of Energy pavilion, it’s even more exciting to see that track pieces are inside and work has progressed enough to start to get them in place.

Another interesting vantage point not offered during the day was that of what appears to be the launch tunnel that connects the Universe of Energy pavilion to the massive gravity building behind the attraction. Just like Rock ‘N’ Roller Coaster, guests will be launched at the beginning of the coaster before entering the newly constructed building behind the Universe of Energy structure for the majority of the ride. This was more difficult to photograph, and while the pictures aren’t the best that we’ve ever put out, we hope it paints a picture of a launch at an incline when leaving the former Universe of Energy building.

Finally, we’ll take a look at the construction that we already saw a bit of during the day. Seeing it lit up at night provides a better look at the work though.

As always, keep checking back with us here at BlogMickey.com for the latest photos and info about the Guardians of the Galaxy roller coaster and much more from around the Disney Parks!