Guests at the Walt Disney World theme parks will see more Cast Members walking around the park with signage to remind them of the face mask rules.

While visiting Disney’s Animal Kingdom today, we noticed more Cast Members around the park holding up signs like the one seen below. The sign (and Cast Member holding it) reminds guests that while they may be at a theme park to escape reality, they can’t escape all of reality and that there are new rules to visiting Walt Disney World.

We first spotted Cast Members with face mask signage at EPCOT, where guests are more likely to “sip and stroll”, which is a violation of Disney’s face mask rules. Disney implemented a ban on walking while eating or drinking after the debut of the Taste of EPCOT Food and Wine Festival.

This level of enforcement is one of the reasons that we say that the theme parks are leading the way on safety and that Disney Springs is falling behind.

Other recent changes to the face mask policy include a ban on face masks that have valves or any holes in them, a move that we believe was overdue. 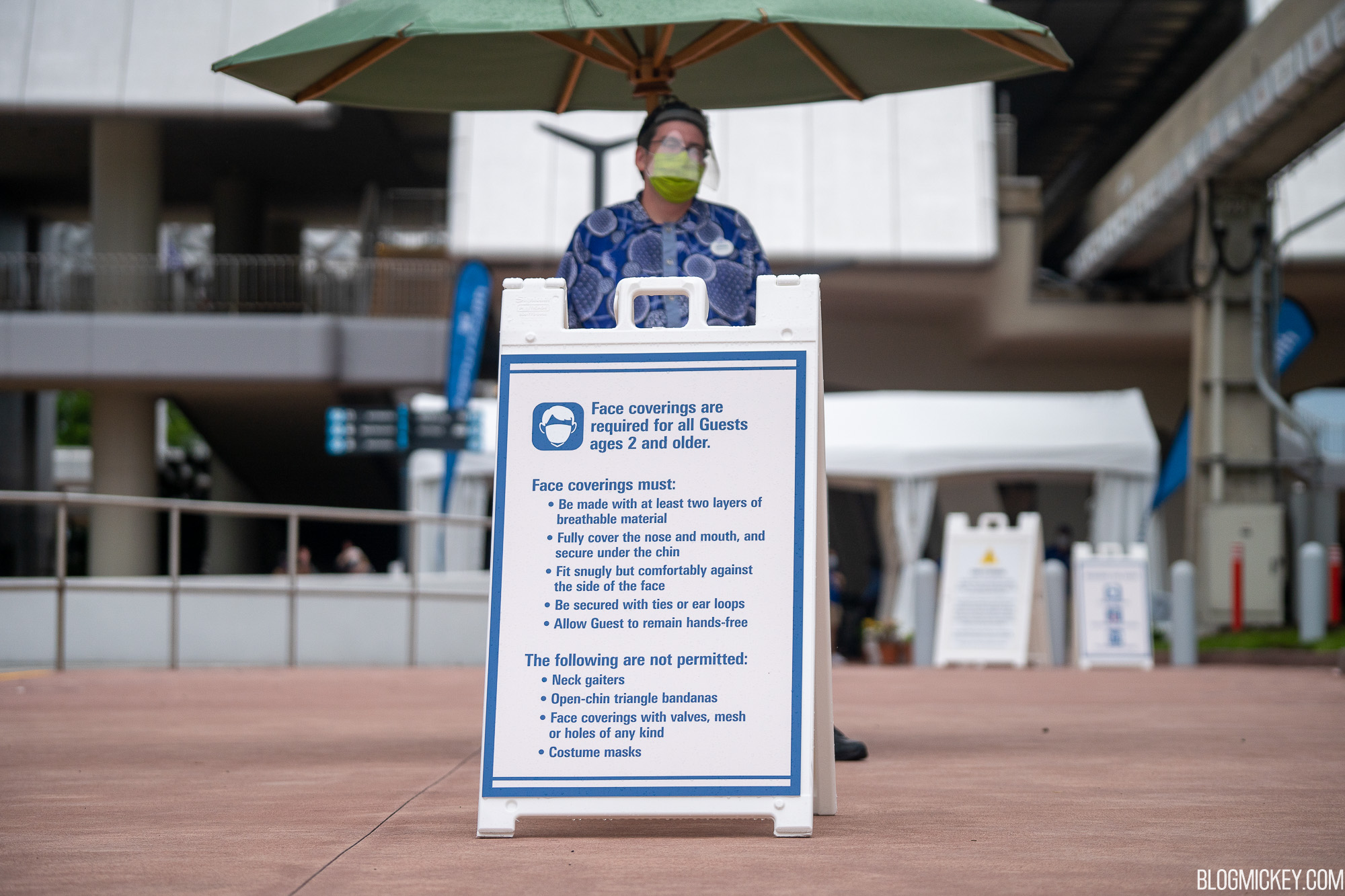 As always, keep checking back with us here at BlogMickey.com as we continue to cover the reopening of the Walt Disney World theme parks by bringing you news and photos from Magic Kingdom, Disney’s Animal Kingdom, EPCOT, and Disney’s Hollywood Studios!