Cinderella Castle Before and After Royal Makeover

Work on Cinderella Castle is wrapping up, and we wanted to put together a before and after of the paint job that was dubbed the “Royal Makeover” by Disney. Officially, Disney has announced that the new look is in celebration of the 70th anniversary of Cinderella. That said, it’s possible that the work could be done in conjunction with 50th anniversary celebrations for the Walt Disney World Resort too, but that remains to be seen. We had originally planned on creating a series of posts this summer as we watched the work progress from inside Magic Kingdom, but with work restarting about a month before the theme parks reopened, quite a bit of work was completed before Magic Kingdom reopened. As a reminder, Disney stated that they weren’t going to put scrims up around Cinderella Castle during the work, offering some pretty amazing looks at the work taking place before the theme parks closed in mid-March. During the closures, this was about as good of a view as possible of the work that took place. It was still a jarring look at the repainting, but nothing like what we would have been able to see from inside the park. 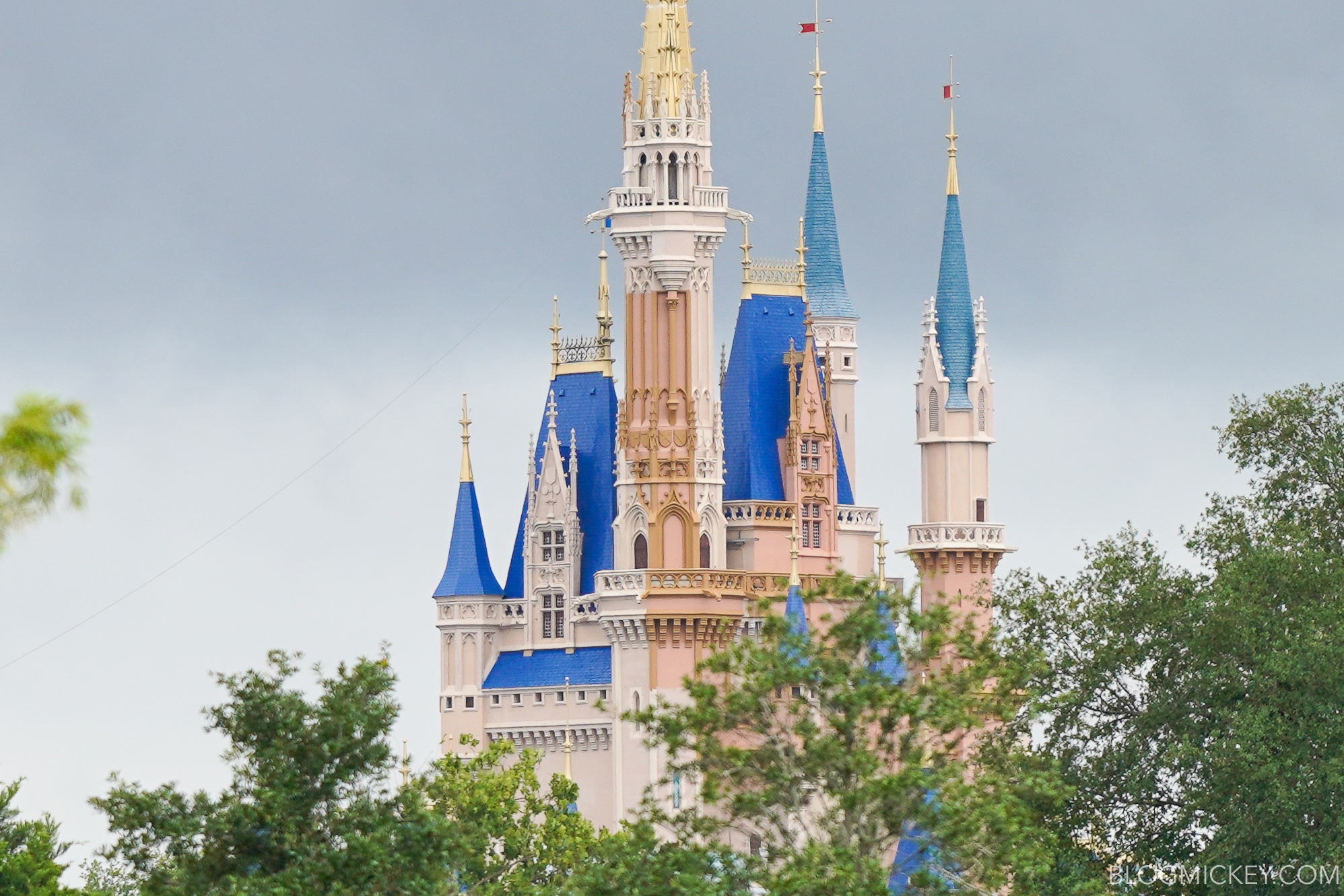 As always, keep checking back with us here at BlogMickey.com as we continue to bring you the latest news and photos from around the Disney Parks.