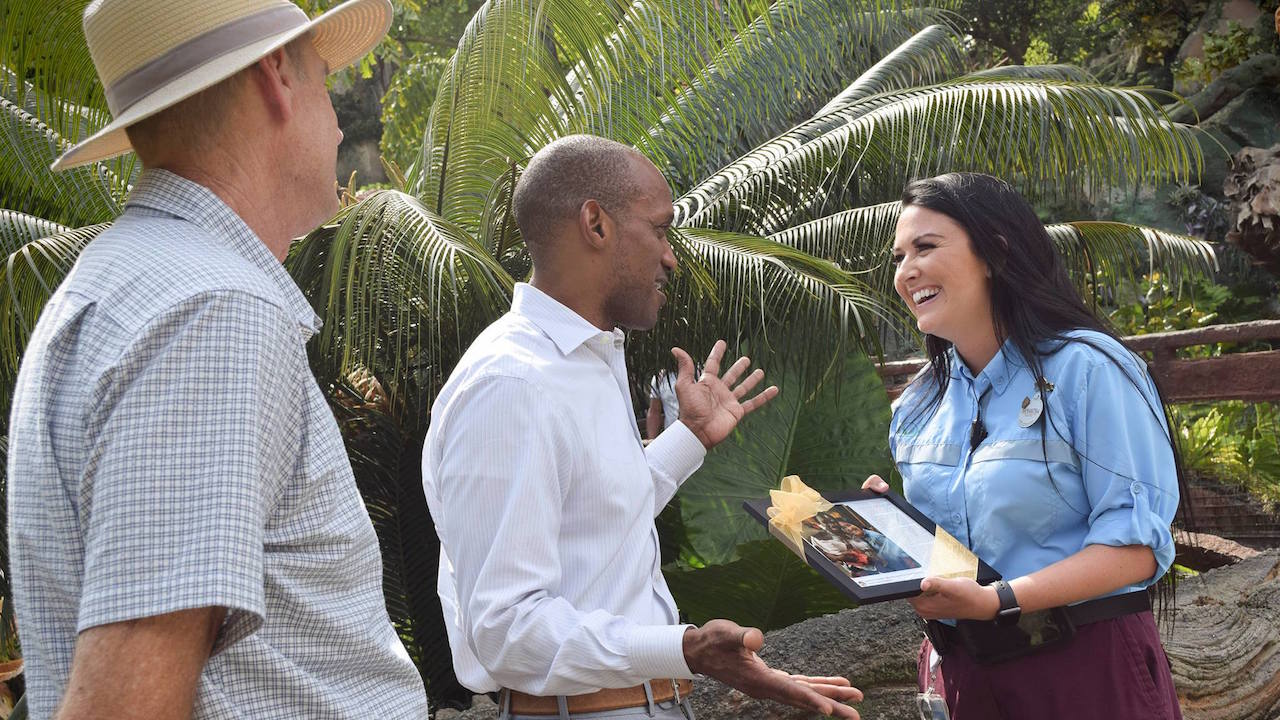 Disney cast members have a reputation for making magical experiences for guests at Disney Parks around the world. Recently, Samantha Burns, an attractions hostess at Disney’s Animal Kingdom, went above and beyond to help a claustrophobic guest overcome her fears at Na’vi River Journey in Pandora – The World of Avatar.

The guest really wanted to experience Na’vi River Journey in Pandora – The World of Avatar with her young children, husband and friends, but felt anxious due to her history of claustrophobic episodes. She approached Samantha with a lot of questions about the attraction so she’d know what to expect. Samantha responded by asking the guest if she’d like her to ride with her through the attraction. She did, and according to the guest, Samantha held her hand throughout the experience, pointed out safety exits along the way, and also entertained the guest’s children as they moved through Pandora’s astounding bioluminescent rainforest.

Has a Disney cast member gone above and beyond for you? Share your story below!